Quality of Life and Some 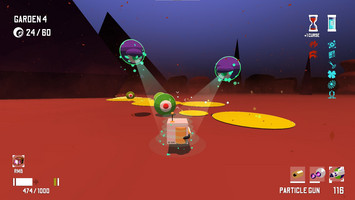 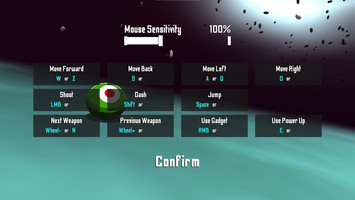 Looks like I’ve been able to deliver a new patch three weeks in a row, yay! I can’t promise this will become a regular occurrence, but a new update every week seems like a good rhythm, so I’ll try to keep it up.

With this one, I want to add some quality of life improvements to the game and address some quirks that have been there since the beginning of the project, like the camera getting too close to the player, or not knowing what upgrade or curse you’ve just removed and, finally, customizable controls!

This patch also brings some new content, most notably a new enemy, that I simply call “Ghost”. It’s not a very good name to be honest. This one does not deal damage but I guarantee it’s going to get you killed many times, you'll probably hate it even more than the annoying little orange ones.

I’ve also added a handful of new upgrades and curses for extra variety, these are pretty tame but should help keep runs interesting and a bit less predictable. I feel that making builds is slowly becoming possible by combining some upgrades (and sometimes curses), power ups, and gadgets. The two major builds that I’m seeing right now are a fire rate build (which requires ammo or P.E.W. bonuses to be viable), and a luck/proc build (which can really go out of hand with a Cosmic Dice). I plan on adding more and more mechanics to expand the possibilities, and I can’t wait to see what people will come up with!

In parallel, I still think a lot about how to implement more narrative elements in the game, as I have a lot of content on paper and a clear idea of the story I want to tell. It’ll never be a central part of the game as Oftalmogarden is about action, speed, and chaos, but I want it to be there. You can already find bits of lore in some texts. I also want to give an optional “final goal” to runs, one of which will eventually be a boss fight with maybe some alternative options, but it’ll always be possible to loop indefinitely.

With all that being said, to the patch notes!