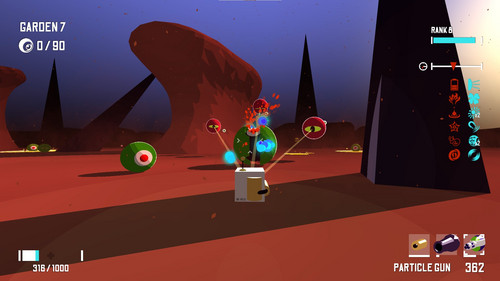 I am very happy with how Big Tangerine turned out last week, the fight feels tough but fair and adds some of the spice that the game was missing. I have many other boss ideas and can’t wait to implement them for more variety.

Some commented that Big Tangerine was perhaps a bit too tanky and could be more aggressive, and I think I agree, which is why I slightly adjusted some of its values in this patch to make the fight a bit more intense but also just a little shorter.

The main content of this update however is curses. I feel that a bunch of curses in the game are pretty generic, and that there aren’t enough of them to make curses truly unpredictable, it feels like you’re often picking the same ones each run. For this reason, this patch introduces five new chaotic curses to ruin your runs. Enjoy (or don’t).

That’s it for this week, check out the full patch notes below!