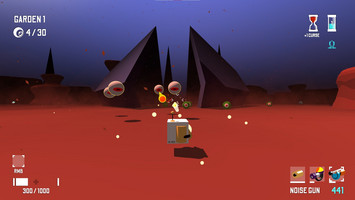 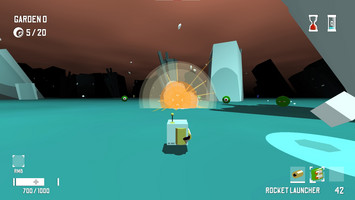 New update after quite a while, this summer has been very eventful so far and I didn’t allocate as much time as I would have liked to the game. But here’s a little bit of new stuff and some improvements on older stuff.

In this patch you’ll find a new crunchy weapon called the Noise Gun. Most weapons in the games are sci-fi lasers, explosives, and flames, but this one is an old-fashion machine gun that goes bang bang bang. It’s simple in its design, but I think you’ll enjoy it.

I’ve also added a new curse for variety, as well as improved a bunch of older visual effects that I’ve been meaning to revisit, most notably explosion particles that should make rockets and grenades a lot more satisfying.