Welcome To The End 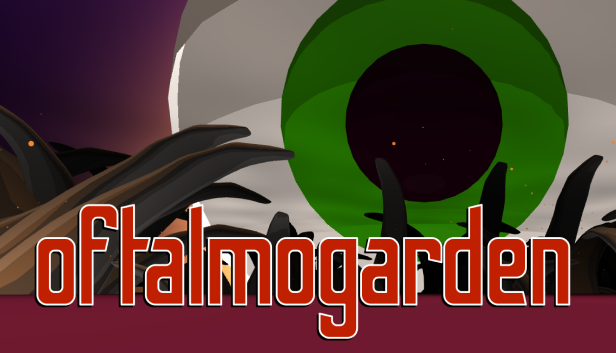 This update adds a fourth garden and shakes up the game’s formula a bit. It also marks the release of Oftalmogarden on Steam early access and adds a few mechanics that I felt were missing from the game.

First of all, The End. You can now end runs in other ways than dying, well one other way for now. If you manage to survive enough gardens and defeat two bosses, you’ll get a chance to finish your run and get an XP bonus for unlocks.

What are unlocks though? Unlocks are weapons, gadgets, and of course upgrades and curses. Oftalmogarden is starting to have a lot of content, and that can be overwhelming for new players to have so much stuff to keep in mind while playing, so from this version on a fresh save will only have a handful of unlocks already unlocked, and you’ll have to finish runs (either by dying or reaching “The End”) with enough XP to unlock new stuff.

As mentioned at the start, this patch also adds a fourth garden, Borealis Sporedrome. It also changes the sequencing of gardens and boss fights, you will now be playing two gardens in the same environment before switching to the next one and boss fights now occur after four gardens instead of three.

Despite the Steam release I still want to keep working on the game, a lot of things in the game need polishing and there is space to add more content, especially enemies and boss fights. I don’t have clear plans just yet as I also need to focus on communication and the financial side of things. Which leads me to another big change: the minimum price to download Oftalmogarden is now five dollars.