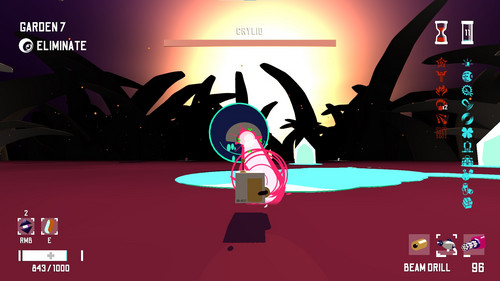 This update mostly aims at improving performance of some of the game’s elements that were too costly when runs started to get crazy, most notably drops and spills.

It also introduces a new upgrade, Blind Optimization, that gives you the value of two upgrades at the cost of some uncertainty.

And lastly, Crylid received some balance tweaks because the fight, although fun and hectic, sometimes felt a bit unfair and overly oppressive.